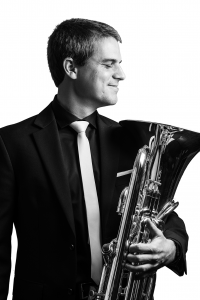 Luke Gall is a founder and owner of My Design Team, inc., a design and education company that operates out of Austin, TX. This firm encompasses his work as a consultant, program coordinator, visual designer, and videographer for music ensembles around the world.

Luke has a comprehensive background in the arts as a teacher and performer. He has served as a program coordinator, visual designer, and consultant for over 50 programs around the country. Luke has helped design over 75 shows that have received honors in BOA (Bands of America), USSBA (U.S. Scholastic Band Association), TOB (Tournament of Bands), and WGI (Winter Guard International). He performed for 5 years as a member of The Cadets, Crossmen, and Jersey Surf Drum and Bugle Corps.

Luke’s work as an entrepreneur led to the creation of Ultimate Drill Book – a company that creates educational tools for marching ensembles. Luke lead the development of all products that have supported Carolina Crown, The Bluecoats, Santa Clara Vanguard, The Cadets, Phantom Regiment, Boston Crusaders, The U.S. Army All-American Marching Band, and hundreds of other drum corps, high school, and collegiate programs annually. He now oversees all business operations and serves as the designer for all Ultimate Drill Book products and mobile applications.

As a media creator and consultant, Luke has worked with companies and musical groups all across the globe. Luke recently worked with Perform International in Ireland, France, Italy, Lithuania, Latvia, Estonia, and Japan to create social media content for musical groups. In the Spring of 2017, Luke planned and oversaw the media creation for a Kickstarter campaign that helped the Dallas Winds raise over $90,000 towards their John Mackey recording project. Luke has also created content Stiletto Brass Quintet, Zzyzx Quartet, and many other groups in the United States. He also serves as Administrative Associate at The University of Texas at Austin where he oversees media and content creation for all University of Texas Bands.

Luke is a founder of FivE, a nationally touring euphonium quartet. FivE performed their popular shows “NEON” and “#hashtags” in over a dozen cities in 2015-2017. Highlight performances included a featured recital at the International Tuba Euphonium Conference, a showcase at the TMEA convention, and four keynote appearances at ITEA conferences. The group is set to release their first full album in 2017. FivE is a sponsored ensemble with Buffet Crampon and Besson Instruments, and Luke plays exclusively on a Besson Prestige 2052 Euphonium.

Luke received his Bachelor’s degree in Music Education from Pennsylvania State University, and a Master’s degree in Euphonium Performance at The University of Texas at Austin.